Those Ear Seeds are Hurting my Ears!

“The darn ear seeds on my ears hurt!”

Have you ever thought that after putting ear seeds on?

But before quickly removing them, let me share with you what happened to me during my last low back pain incident. 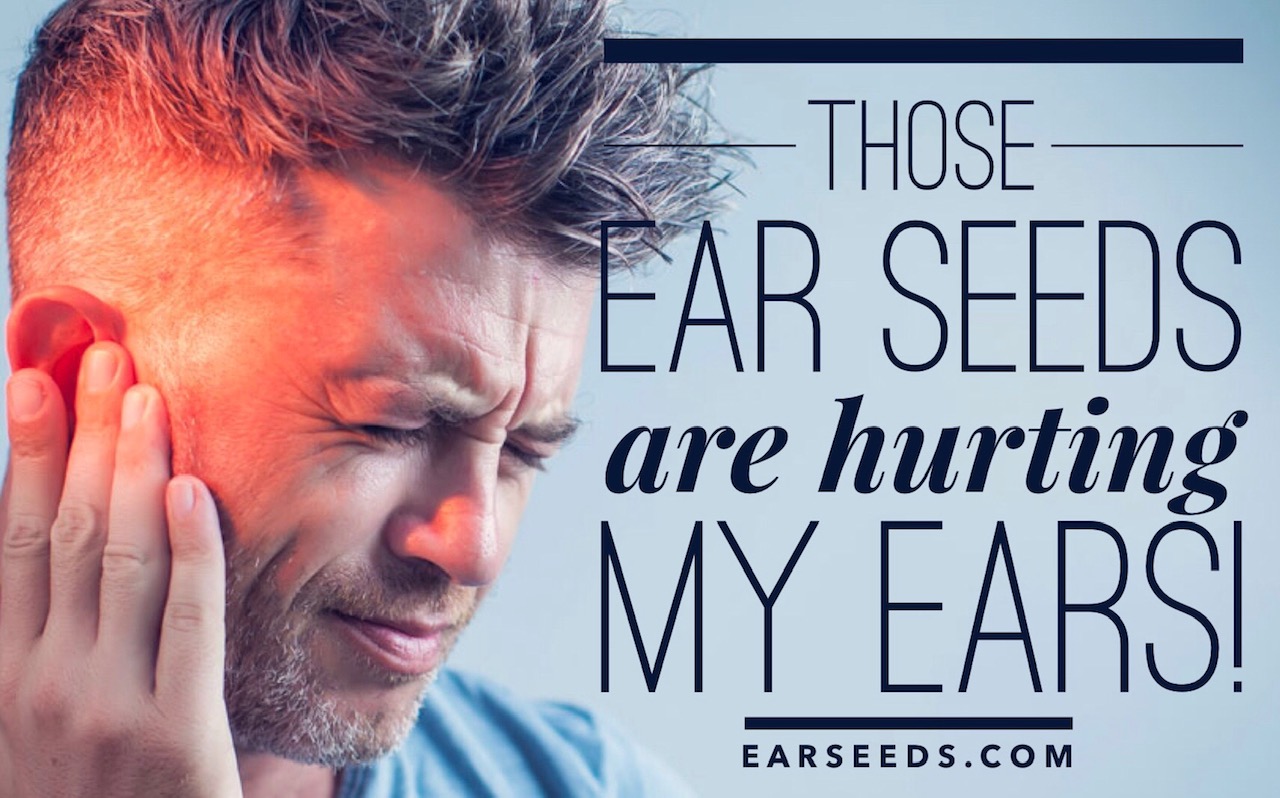 My back had been killing me!

It’d been about 2 weeks of terrible pain, worse in the morning and pain during the day especially when I bent my back. Very tight and stiff as well.

I have had chronic low back pain for several years. Maybe it’s due to the stress running a small family business, or maybe due to my young kids giving us a hard time every morning before school, maybe from sitting all day, or maybe just regular lifestyle stresses…. maybe I need to upgrade my mattress. Either way, it hurts!

So after 2 weeks of really bad pain I finally turned to EarSeeds!

Two Weeks!?!? Well, I am human too and I do get lazy but  one Monday night I finally put them on.
Here is my pic. 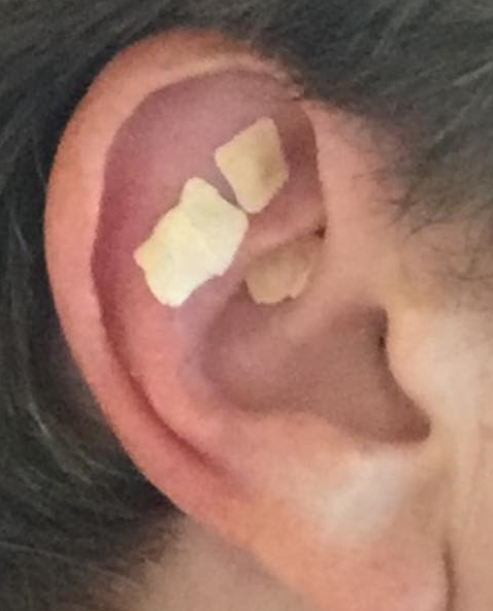 Not only did I put them on, I pressed on them, I massaged them, and I really worked them in there hard since I wanted strong stimulation to achieve an effect as soon as I could.

It was getting quite sensitive on my ears… ok- it hurt like hell! About two hours after I put them on I was going to bed…

What I noticed right before bed was that just about all the pain in my back was gone… which was awesome, but I still had severe tightness and stiffness.

It was pretty uncomfortable on my ears during the night and the pain from the seeds on my ears woke me up a few times in the night. I still kept them on but told myself that the next night I would remove them for bedtime and replace them in the morning. It was just hurting my ears too much!

The morning is always the worst for me! The pain came back a little but clearly at least 50% better than the day before! During the day I continued to massage the seeds on my ears.

My ears were still VERY sensitive. They hurt a lot! Especially my right ear. The left ear wasn’t as sensitive, but my right ear was hurting so much!

What’s interesting was that I eliminated almost all my back pain and any left over pain was pinpointed at my right side! That’s exactly what my ears were telling me with my right ear being very painful and my left ear not so bad.

During the day my back was feeling a lot better and mostly just stiff and tight. I continued to press and massage the ear seeds on my ears and wince from pain while doing it.

The next night came and I wanted a better night sleep so I removed the seeds at bedtime.

I woke up with my back feeling even better than the day before and since it’s usually worse in the morning I was feeling great about that! I didn’t want to lose my momentum so I put on a fresh batch of EarSeeds.

Throughout the day my ears were still sensitive but quite a bit less!

The following day I felt pretty good with hardly any pain at all.

I kept the seeds on my ears that night since they were less sensitive as my back pain was improving. I slept fine and woke up feeling the best I had in the previous two weeks…

Putting on my shoes was easy again!

If you too experience pain on your ears from the seeds, listen to your body and work with it. If it’s too much pain, redo them with less pressure or take a day break. But don’t be so quick to remove them and not give them a chance to work. The more severe pain your body is in, your ears will recognize that and be more sensitive themselves!

Now that you know a bit more about what to expect when wearing EarSeeds,
click here to shop on our site!

Save and get the multi-kit here. 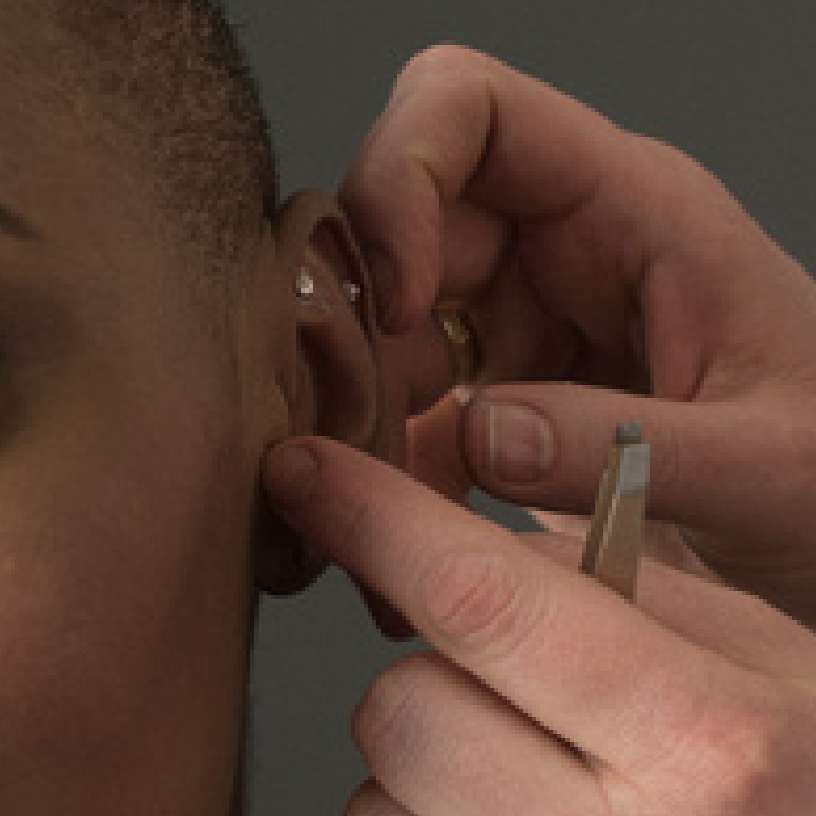 FREE US SHIPPING FOR ORDERS $100+ Dismiss