Bouts of insomnia are pretty much par for the course during the postpartum period. Frequent feedings and hormonal changes can have a major impact on a woman’s sleep quality. While it can feel like a lost cause when you’re groggy, the baby’s crying and the other aspects of your life refuse to slow down, a recent study published in the Journal of Clinical Nursing found auricular acupressure played a positive role in helping women catch some z’s during those early days with an infant. 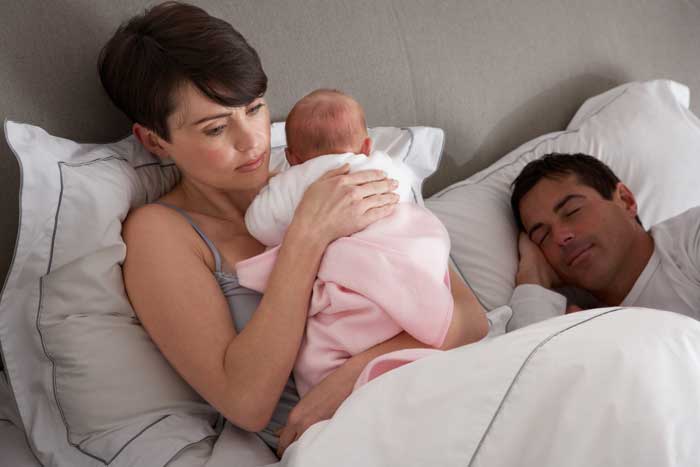 Researchers recruited women suffering from postpartum insomnia in the first month after giving birth in Taiwan. They attributed night-time breastfeeding and shifts in hormones as factors that were exacerbating the subjects’ poor sleep quality. The women received auricular acupressure therapy on the Shen Men point four times a day for 14 days. The researchers used the Chinese version of the Pittsburgh Sleep Quality Index to assess sleep quality before and after the 14-day treatment period.

After the women completed the 14 days of acupressure, they had a significant improvement in their overall sleep quality, sleep latency, sleep disturbance and sleep duration. The study’s authors concluded that auricular acupressure was a viable alternative complementary therapy to aid postpartum women in overcoming insomnia.

The Shen Men point, sometimes called the Spirit Gate or Divine Gate, is one the most calming and relaxing points and stimulating it has a host of benefits including alleviating insomnia and anxiety. We have a helpful video illustrating how to find the point. For new moms (and dads!), a lack of sleep is a very real problem. You don’t need to call in a professional to do ear acupressure on you four times a day to get the same relief as the women in the study. EarSeeds offer an easy way to apply consistent, gentle pressure to Shen Men and other indicated points for sleep in the comfort of your own home so that you can drift off at night. Our Insomnia Ear Seed Kit includes a detailed chart to show you exactly where to place the seeds that even the most exhausted parents can follow.